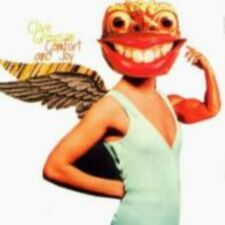 The story behind this song is one I’ve told onstage quite often. My memory is that I wrote the name
“Frances O’ Connor” down after seeing it in a book I was reading ages ago. I thought I could use
it in a song and quite a while later, I did. I simply built the song and the story around the name. Then
somebody pointed out to me that there is an actress called Frances O’ Connor. She stars in a recent
film adaptation of Mansfield Park which is very good. She’s welcome to have the song if she wants
it! It’s a 6/8 rave-up featuring mandolin, accordion and electric guitar solos. I think the instrumental
section at the end is actually longer than the song!

A very positive song for me. Pretty straightforward, too. I’ve played this onstage a lot over the
last couple of years. I recorded a version of it with Boo and Eddi when they were in Nashville a
couple of years back. There was talk of a Trio album floating about at that point but it never came
off. I thought the song was too good to leave on the shelf, so I recut it. The “quacking” noise is a
clavinet sample played through a wah-wah. Very silly.

Another refugee from the Trio sessions. A song about a busker. Based on a true story – I just
changed all the facts. This has been a really popular song with audiences for a while. I used the
dreaded combination of accordion and banjo on the recording. How will I ever hold my head up in
public again? Guitar tuning is open D, capo 3, I think. It’s been a while!

I wrote this at PSGW last year. PSGW is a music camp near Seattle where I teach a
songwriting course once a year. I try to get my students to write a new song every day and I try to
do the same myself. This one came about very quickly. I had the basic acoustic guitar figure which is
built around a D drone, capo 7. The words are basically my attempt to re-write James Taylor’s
“You’ve Got A Friend”. The phrase “I’m There For You” came out of something that Boo said to me
in the car on the way to a gig last year. Mind you, he was talking about Eddi, not me!

I wrote this in a very posh hotel in Dublin. I was there to play with Nanci Griffith on the “Other
Voices, Too” tour. We had finished rehearsing for the day so I went back to my room, turned on
the TV and tried to call home. I struggled with the hotel phone system for ages and wasn’t able to
get a line. While I was getting really frustrated, I happened to notice what was on the TV. It was a
documentary about homeless people in London. It struck me that it was rather ironic that I was
getting all bent out of shape because the phone didn’t work in my luxury room whilst looking at
these sad images. This is basically a song about being selfish.

I think this is my favourite track on the album. It came together really quickly. Simple little
drum machine pattern and a very sparse arrangement make this seem very atmospheric to me.
The flute noise is a Mellotron sample. I don’t really hit the high vocal note in the middle eight. Having
played the song live a few times, I realised that I had recorded it in the wrong key. However, I liked
the feel of the recorded version so much that I decided not to mess with it. Sometimes that’s just
how it goes.

Pretty self explanatory, I think! Probably not going to make The Vatican playlist. Oh, well…

A song for and about musicians, with Hank Williams and The Drifting Cowboys as a reference point.
There’s a great book about Hank by Chet Flippo (Your Cheating Heart) which paints a vivid picture
of life as a traveling musician. It’s by no means all fun and glamour. Although I live in Nashville,
I’m not really part of the country music scene. However, the people I know that work in that world
tell me that in many ways things are much the same as they were back then. Every
Thursday afternoon the musicians climb aboard buses and vans and head out to cover
many hundreds of miles to play their weekend shows. The music has changed, of course. Most of it
doesn’t sound like country music anymore. More banjo on this track because it seemed appropriate.

There’s a track on “The Beatles Live At The BBC” album with this title. It’s not a song but an interview
with Brian Matthew where Paul talks about missing “riding on a bus”. I nicked the title. I realised
that it’s been years since I traveled on a bus. I used to enjoy sitting on the top deck and messing
about with my mates on the way to school. “Acting the goat …” as my grandmother used to say.
The top deck of a bus was also a popular “courting” location as I recall. The electric guitar on this
is my eighty quid Chinese Telecaster which makes a lovely noise.

Cecil Sharp meets Buddy Holly! I had forgotten that the name Peg is a shortened version of Margaret
until I heard my pal Grahame refer to his wife Margaret as Peg one day. That was the germ of
the song. It’s a pretty simple story song. Boy meets girl, gives her some old chat, things progress
and he proposes marriage all inside two minutes! Another instrumental exchange at the end – this
time it’s dueling acoustic guitars, one played with a bottleneck.

Not sure where I got this title from. Eddi told me that there’s a Glen Miller tune with this title but I don’t
know it and I had already written mine. This is basically a song about having a relationship with
somebody who’s not all there. (This has never happened to me but it has certainly been the case
for my current and former wife and all my ex girlfriends!) I played this for the very first time at
Llangollen last year and a lady in the second row started crying.

I thought I would leave you with a typical Gregson wrist slasher. This song has references to “Mattie
Groves”, “God Rest You Merry Gentlemen” and “In The Bleak Midwinter”. It’s a Christmas song that
focuses on how lonely that time of year can be for some people. I have a pal in Minneapolis who
sends out a tape of wacky Christmas songs every year and he has been badgering me for
a contribution for ages. I wrote this with that request in mind. The basic guitar part is in standard
tuning, Capo 7. I was trying to get the interplay between the guitar and piano to sound like bells.
The big strummy noise is an autoharp. Don’t know what’s “auto” about it. I still had to hold down the
chord bar and pluck the strings!

Literal solo albums where, in a fit of control-freakery, one artist writes, produces and plays all the
instruments are often dull, enclosed affairs but here, the ex-frontman of Any Trouble and regular
Richard Thompson foil avoids the traps well. Now rooted in Nashville, Gregson’s easy melodies
combine with a naturalistic tilt that can deliver both breezy foot-tappers such as Antidote and If I
Was Your Lover, as well as more substantial, emotive tracks – Fingerless Gloves, String of Pearls
and the teary title track which disguises its emotional twist-in-the-tale with one of the melodies of the
year.
**4 STAR**
Rob Beattie
Q , Britain’s Biggest Music Magazine

Each song stays in the memory long after the last notes of the album have drifted into the ether, like
old friends absent but not forgotten. In view of Clive’s already accomplished C.V. it may come as a
surprise that “Comfort and Joy” contains some of his finest writing to date. It’s hard to think of
another British songwriter who can transport you to the heart of the subject with a simple turn of
phrase. Songs such as the charming Antidote alongside the heart warming title track are quite simply
the product of a national treasure at the height of his expertise. If nothing else Gregson is living proof
that, contrary to popular belief, there’s more to life than football.
Keith Whitham
Get Rhythm

Clive started out with Any Trouble, then in the mid-80s formed a musical partnership with Christine
Collister that took flight from the folk clubs into the broader arenas of folk-rock, gaining a solid
reputation for consistently high-quality writing and performing. He worked concurrently with the
Richard Thompson Band, all the while polishing his production skills, then during the 90s released a
series of excellent solo albums of which Happy Hour (1999) was his first for Fellside.
Comfort And Joy is difficult to review without repeating what I could have justifiably said about
almost any one of his previous albums. I just don’t know how he comes up every time with a clutch
of fantastic new songs, each one with incisive yet appealing lyrics, a memorable melody, catchy
hooks, and a simple yet inventive arrangement each one meticulously crafted, with an acute pop and
folk sensibility.

Oh, and this release is an exception to the Fellside rule in that it was recorded in Nashville and Clive
has retained total artistic control, perfectly comfortable in his role as writer, producer, singer and
player of all instruments (annoyingly well, of course!). Many of the new songs are so immediate and
naturally crafted, they resonate in the mind long after the pictures that are conjured up by the lyrics.
Take the final three tracks for instance – Clive sneakily follows a song entitled Pretty Peggy-O (not
the folk standard!) with one entitled String Of Pearls (not the Glenn Miller!) that confounds our
preconceptions in a typically Gregsonian manner, then the title track starts with the all-too-familiar
line “A holiday, a holiday” then proceeds to transport us far from Matty Groves (it could be set in
Ladbroke Grove) in a heartwarming exploration of contradictory emotions in another of Clive’s
typically simple but effective character vignettes. Yes, Clive effortlessly maintains his high artistic
standard with this new album.
David Kidman
Folk Roundabout

Clive has a rich, warm voice in the Gordon Lightfoot / Ralph McTell mould and his songs are
smooth, gentle paced folk rock, all of which are extremely pleasing on the ear. The Lightfoot/McTell
comparisons are most obvious on Frances O’Connor and Antidote and I thought I detected some
John Hiatt on Fingerless Gloves, I’m There for You and It’s You I Want to Hold. In true solo album
style Gregson plays and sings everything you hear but it is the quality of his songs which shines like a
beacon.
Steve Ward
Wondrous Stories
The Journal of the Classic Rock Society

Clive Gregson has the uncanny knack of writing great, singable lyrics. Vocally he is no slouch either
with a style and warmth that settles in much the same way as I used to remember listening to
recordings by the likes of Bing Crosby. I also notice from the sleevenotes that there are no
accompanying musicians. Clever or what? For many years my contemporary folk hero was Ralph
McTell and now I’ve got another. Much like his previous recording ‘People And Places’ I can’t find
anything to fault – ten out of ten!
Pete Fyfe
Various Roots Magazines

This new album is typical Gregson; he wrote all the songs, sang all the vocals, played all the
instruments and produced it in his Nashville studio. The result is a programme of gentle country
songs with a folksy ambiance, beautifully written and performed. Difficult to pick out my favourite
songs, there are so many, but try Frances O’Connor, If I Was Your Lover, White Suit of Notes and
Pretty Peggy-O.
Country Music Round-Up